Home > [INSIDE OUT] Can we disagree better?


Hakan Altinay is the President of the Global Civics Academy. His book, Global Civics: Responsibilities and Rights In an Interdependent World, was published in 2011, and has been translated into Arabic, Chinese, Portuguese, Russian and Spanish. The book also led to a documentary with viewers in 110 countries. His writings have appeared at Financial Times, International Herald Tribune, New York Times, openDemocracy, and Project Syndicate. In the Spring, he teaches at Koc University in Istanbul.

Following Trump election in the US last November, Place to B has decided to launch a new project called “Inside Out“. Often times when actors are interior to events, both accuracy and perspective are compromised by being too close to the action; and sadly, often the inverse also holds as well. With Inside Out, we will exit single issue focused, objective, reductive reporting and try together to create a new type of journalistic narrative that takes us beyond the binary. So – perhaps this double Inside Out, Outside In approach would be something you would like to explore with us, to create a journalistic voicing that rises above the deafening solo barrage from our current polarized liberal vs conservative reporting. We hope this interests you and you will help us to create a space for a renewed narrative; and a different, and perhaps more accurate, story.
Inside Out is edited by Sami Cheikh Moussa and Joe Ross.

Find below the next article by Hakan Altinay, President of the Global Civics Academy, from Turkey.

Something is rotten in the states of many of us. Pew and others have produced reams of data depicting statistically what we knew intuitively: we have never been this polarized. When the Secretary of Defense was asked about what worried him the most, he points, not to ISIS or cyber-attacks, but to the widespread alienation and polarization. Anomie, a state of affairs where norms no longer hold, is the name social sciences have for what Secretary Mattis is talking about.

We have some sense of how we got here: globalization was a bonanza for the global elite, but was a drag for the Western middle class. National social contracts frayed not just economically, but the cultural capital of the dispossessed was diluted as rapidly as its social standing. Norms around gays, god and guns shifted too quickly for some. Harper Lee, who gave us To Kill a Mocking Bird, proceeded to Go Set a Watchman, and argued gently that there is, even if it is on a desirable path, such a thing as too rapid a change, if we do not take the time to engage well, and ensure that all are heard and on board.

Enron, Madoff, 2008 crises, and of course the particular response which the system produced to deal with the 2008 crisis, convinced any remaining undecideds about the rigged nature of the game which they have been losing out in, for decades. In the UK, it was the badly botched migration forecast of only 50,000 to arrive from Eastern Europe; 10-fold arrived and any trust in the institutions withered like an ice-cream on a summer pavement. Elites are a difficult bunch to tolerate on most days, but when it becomes evident that they do a lousy job in minding the store and looking out for your minimal interests, then the relationship is fatally broken. Anomie, and the associated cynicism, is not too far behind.

All systems, and societies for that matter, have both centripetal and centrifugal forces at play. Our predicament is as much a result of too many centrifugal forces as too few centripetal forces. In other words, we have neglected the art and science of fraternity for too long. The French revolution had three pillars, liberty, equality, and fraternity. We have the discourses, the institutions, and the reflexes for liberty and equality; And yet fraternity is the odd, quixotic pillar out in the cold. We no longer know how to sustain and nurture multiple webs and patterns of communitarian structures. David Brooks reminds us that yes the US was built on Adam Smithian notions of self-interest, but it also had crisscrossing networks of churches, guilds, community organizations and honor codes; one without the other is fatally flawed. Little House on the Prairie and everything it represented is what we have failed to sustain in our haste to seek pareto-optimum policy solutions.

“And yet fraternity is the odd, quixotic pillar out in the cold.”

Works of social science by the likes of Samuel Bowles, Elenor Ostrom, Richard Sennett, have the awareness, the language and the analytical tools to resuscitate the lost art of fraternity. Other voices in the wilderness, such as Krista Tippett, excavates that precious awareness in such places as the way we sing in choirs, or care for the vulnerable with grace.

As elemental as it sounds, we have to find each other worthy of our heed and curiosity. We have overworked indignation muscles, while our curiosity muscles have atrophied. We do not have deplorables…we have fellow human beings, whose agony we have neglected for too long, and whose engagement we have not yet enlisted or deserved. 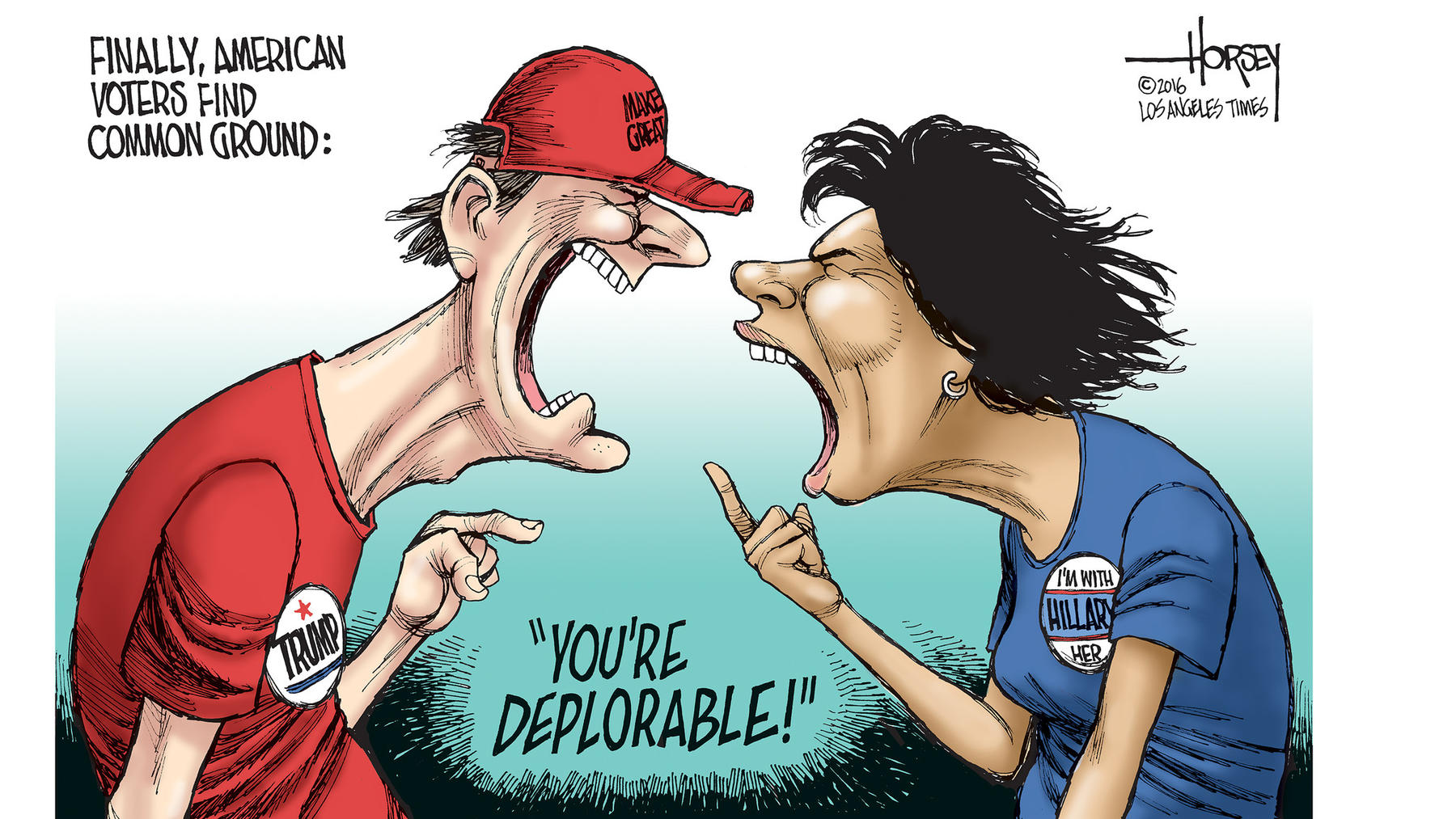 Wholesome conversations are one vital endeavor, as we re-engage. They often take place when couple of friends take a walk in the woods, or in the bonhomie of the neighborhood café. Good conversations render participants as peers, and mitigate hierarchies. There is often a humility in good conversations, as they are predicated on curiosity, not knowing everything, and an eagerness to listen and to hear. That constellation of good faith, curiosity, and humility may be the most undercelebrated of our civic temperaments. We should also consider what is not a conversation: transactions are not conversations. Transactions are instrumental, while conversations need not be so. Transactions are fleeting, and offer no promise of evolving together. Neither have they any pretense of good faith beyond what the basest requirements of the law demand. Then, there is debate! While we exalt debate and debate clubs, this really is a suboptimal way to settle an issue. How can anyone take seriously a process in which one has no legitimate way of discovering and acknowledging valid points made by one’s opponent; change one’s mind; or seek a third position apart from the two diametrically-opposed positions delineated at the outset? This is an impoverished rendition of what we do in real life. Any civil exchange has to be predicated on the possibility that we may be influenced by our peers; the real possibility of evolving together is what distinguishes a genuine interaction from a banal transaction.

“Transactions are not conversations.”

Conversations involve listening, a grossly overlooked mode. Listening is not a passive act; it is not mere silence until it is our turn to speak. Good listening requires discernment. We can listen with the intent to respond, or we can listen with an intent to understand. It also involves demonstrating to the other party that they have been heard, and that their points of view have a real chance to be heeded. Could it be that some of our compatriots felt unheard for too long, and looked for the action that would speak the loudest on November 7, just to be noticed?

We are complicit in both the status quo and achieving the elusive goal of a better conversation. We are both the problem and the solution. Beckett is said to have advised us: Try again, fail again, fail better. We will disagree. The goal is not to agree on everything. But we have to wonder: do we have to disagree as miserably as we current do, or can we disagree better?

“The goal is not to agree on everything.”

Can we take a moment to seek to understand our nemesis? Can we start our responses with the part of their argument we find plausible? Can we affirm their basic dignity and our status as peers who are in this together? Can we share the same venues and locales for more than a fleeting moment? I think we can, and I think we should. We have tried everything else; Let’s see whether we can disagree better.

How big is our internet bubble?


This article is published in partnership with STORiES by MakeSense. Find here the original publication. –......


Following Trump election in the US last November, Place to B has decided to......

[INSIDE OUT] Make Albania Great Again !


Following Trump election in the US last November, Place to B has decided to......